All has been quiet on the Raw Food SOS front lately, but that doesn’t mean there aren’t shenanigans-a-plenty brewing backstage. The recent silence here is mostly because I’m spending 22.5 hours a day finishing my upcoming book “Death by Food Pyramid,” which should be available towards the end of this year. More on that soon!

In the meantime, if only to drown out the incessant chirping of blog crickets, here are some things.

I recently did an interview with the National Animal Interest Alliance (NAIA) about food ethics, my dietary history, and what “Death by Food Pyramid” is all about. When I first got an email from a place that had Animal Interest in its title and whose address was only a few miles away from where I live, I thought PETA had finally found me, and spent the next few days on the lookout for unmarked vans and mango-baited, human-sized cages. But then I went to NAIA’s website and read their position statements and thought Oh hey, I actually agree with this stuff. We cool, NAIA. And that was the end of this anticlimactic story.

You can read the interview here. 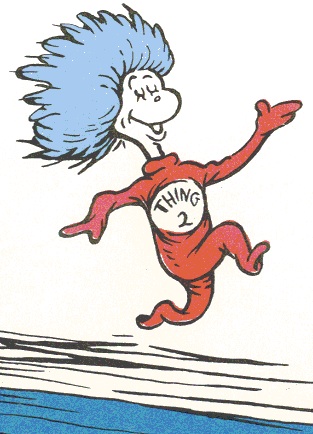 As many of you probably already know, the Underground Wellness Paleo Summit recently rocked the internet, and I had a presentation that was up for 24 hours for free on March 1st. Someone with better planning skills might’ve posted this before the summit started instead of after it was over (can you see why I’ve never been hired for a marketing job?), but if you’re reading this before midnight Pacific Standard Time today (March 5th), you can still catch some awesome encore episodes with Chris Kresser, Jack Kruse, and Tom O’Bryan. If you’re not registered already, you can do that here. And if you like to buy things, the entire summit plus a bunch of eBooks and more videos are for sale here as a package deal (discounted today before the price goes up tomorrow).

A few months ago, the fabulous Richard Nikoley generously sent me a copy of his new eBook, Free the Animal: Lose Weight & Fat With the Paleo Diet. As anyone who’s ever tried contacting me should know by now, I chronically run about eight months behind on email-answering and my inbox is generally one of the most frightening places accessible to man. But for whatever reason, I ended up opening the eBook attachment (maybe to make sure Richard wasn’t up to mischief sending me a virus), and a couple hours later found myself on the last page thinking: 1) Wow!, and 2) Super wow.

Among the many things I adore about Richard are his non-sugar-coated honesty, his obvious passion for helping people, what appears to be an allergy to diet dogma, and his magical ability to summarize huge gobs of information in a totally coherent way. I rarely plug specific-diet-oriented books on my blog because so many of them contain at least some parts I consider questionable, but Richard’s book is seriously one of the best and most comprehensive “Ancestral Health 101” resources I’ve ever come across. I can recommend Free the Animal with total sincerity to anyone who wants a complete overview of everything related to paleo eating and living, or who just wants to “get” what the heck the paleo/ancestral/primal movement is all about. (And no, Richard didn’t bribe me to say any of this!)

(ADDENDUM: Richard is currently letting you get five copies of his book for free when you buy one—so definitely check it out if you want to give some fantastic paleo intro material to friends, family, coworkers, or the ex-girlfriend you’re stalking.)

This year is going to be packed with goodness, and I really, really hope to see some of you at one of the cool health-related events coming up. I’ll be at the TEDMED conference in April, presenting at the Low-Carb Cruise in May (while no doubt getting fellow non-low-carber Chris Masterjohn to help me smuggle fruit aboard), presenting at the Ancestral Health Symposium in August, and—if my finances aren’t totally drained by then—attending the Wise Traditions Conference in November. It seriously makes me really ridiculously happy when I get to meet you guys in non-internet land, so if any of you are going to be at one of those events, please come say hi to me and I’ll love you forever.

I’m about to add a concise(ish) summary of everything that’s wrong with “The China Study” on my main China Study page, as well as add a “For Vegans” page with health advice for folks who want to avoid animal products for ethical or religious reasons. (Whether any vegans will actually stay on my blog long enough to find this page is another question entirely.) I’ll update this paragraph with links once those things are up, but I wanted to get this blog entry posted as soon as possible in case anyone wants to take advantage of the last free day of the Paleo Summit.

And with that, I hereby invite the blog crickets to resume their symphony. I’ll be posting like a madwoman once the bookie is done. Later, lovelies!