Many moons ago, I started this blog to combat some of the myths floating around the vegan world whence I came—especially wacky notions about human physiology, evolutionary nutrition, the health effects of animal products, and other issues that tended to get me banned from vegan message boards when I talked about them.

But I soon realized there were more exciting things to write about than hybridized avocados and raw vegans with bad teeth. This site was thus reborn into what it is now: an arena to examine the science behind common nutritional beliefs, the ongoing scuffles between omnivores and vegans, and the emerging evidence for individual variation in human nutritional needs… along with cute animal pictures to make my long-winded blog tomes less insufferable (YOU’RE WELCOME).

This site isn’t low-carb or high-carb, vegan or carnivore, raw food or cooked food, or anything else that could be neatly labeled. I avoid “isms” as a rule. My own experience as a (recovered) raw vegan taught me that dogma allegiance is more harmful than anything we could put in our mouths, so the emphasis here is on finding the truth rather than building an ideology. My goal is to make nutritional science accessible and non-boring to those who really care about their health.

Most importantly, this is a place to question everything—including the very words I pen. Respectful critics are very much welcomed! I’m a lifelong student, not a guru, and I learn as much from y’all as you do from me. 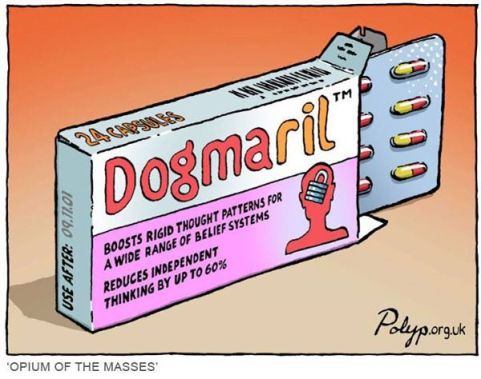 I’m not going to put my age on here anymore because I always forget to change it when I get older. So I’ll just let you guys know I was born on May 4th, 1987, at 6:11 PM Pacific Standard Time—you do the math. (Birthday emails are gleefully accepted.) I’m a former long-time resident of Portland and Seattle and currently live in Phoenix, Arizona. I like cats, psychedelics/plant medicine, thunderstorms, shadow work, walking everywhere, mysterious things, wrists, Carl Jung, mountains, really old houses, aspen trees, all sorts o’ music, sugar snap peas, grape tomatoes, and the ASL sign for “sea turtle.”

I’ve never owned a car, and still have trouble figuring out left from right.

I’m a researcher both by vocation and by instinct. I may seem like a marginally normal human on the outside, but rest assured, I have enough nerd in me to make Steve Urkel look like the Fonz. In January 2014, I published a book called “Death by Food Pyramid” and truth be told, I’m still recovering from it.

My interest in health started at age seven, when I first went vegetarian, and then resurged at the age of 11 when an undiagnosed wheat allergy turned me into a walking zombie for a year. Although cutting out wheat improved my health tremendously, that alone wasn’t enough to keep me feeling big-H Healthy, and over the years I cycled through various versions of cooked vegan, raw vegan, Weston A. Price-ish omnivore, and what could only be described as “How Could Such a Small Human Eat This Much Sushi,” which was my favorite, but not for long, because money. Until I master photosynthesis and become a breatharian, my current diet is some conglomeration of real-food plant-based no-crap fare with smaller amounts of seafood, eggs, and organ meats. I don’t base my identity on anything that goes in my mouth, though, and gladly deviate from the above lineup for purposes of hedonism and curiosity.

I firmly believe we all have the right to be healthy, and that an understanding of nutrition isn’t a privilege reserved for the elite. Speaking of which…

Who do I think I am, running a health blog without a nutrition PhD? Shouldn’t I be flipping burgers at McDonalds like all those other English majors?

I’M SO GLAD YOU ASKED! This question (which has haunted my inbox for time immemorial) speaks volumes about how we view learning, and why we’re chronically confused about what to believe when it comes to health. “We can’t possibly understand nutrition if we haven’t studied it within the walls of an institution! Let’s just trust someone with formal credentials instead of thinking for ourselves.”

First of all, let’s take that argument to its logical conclusion. Say we’ve made peace with our ignorance and have chosen to fully outsource our brains to the published scholars, professors emeriti, and PhD-holders of the health world. What happens when they disagree with each other? When one “expert” says to go vegan and another says low-carb or bust? When one says to eat breakfast, and the other says fast until noon? When they all present compelling arguments for their wildly, irreconcilably different conclusions?

What then, my friends? Do we flip a coin and side with fate’s victor? Do we thrust our arms into the air and deem the whole situation hopeless? Or do we figure out for ourselves what’s true by polishing off our critical thinking skills and diving into the same pool of evidence that those experts use—a pool available to all of us, if only we put a little time into learning the language of science?

I know which strategy I prefer.

Now, don’t get me wrong. Formal education is a must-have for certain vocations (do you really want to get a root canal from someone who learned their trade from How2BDentist.com?), and I have a touch of envy for those who thrive in a traditional school system (my K-12 experience is best summed up as “low-key prison”). Most of my family has worked in higher education (my dad, a former college vice president; my mom, a former biologist who did postgraduate immunology research), and my original aspiration was to teach at the university level. Some awesome stuff happens there.

But I also believe that—for people who are self-motivated, have the time and resources for independent study, and aren’t learning a hands-on trade—that degree-earning is not only nonessential, but can even be a barrier to objective thinking. Teachers, after all, come equipped with their own set of biases—ones students must cater to or even adopt if they want to pass. Ideas become derivative and weirdly incestuous as they breed within the walls of academia. Some have made the claim, which I’m tempted to agree with, that “Higher education is drowning in BS.” Being outside the system can be a great way to see it clearly.

My nutrition education strategy has been simple. I approach the field of health like learning a new language: total immersion-style. You didn’t learn your native tongue by sitting in a classroom following grammar lessons; you learned it by jumping into an initially confusing world and feeling your way around until it all started making sense. Every day, I make a conscious effort to surround myself with learning opportunities and give my brain non-stop material to eat. I read everything I can get my hands on, and PubMed is my internet-home away from home. If I can’t grasp something on my own, I email or call smart people and ask them to help me. My goal is to understand. I don’t stop digging until I’ve plowed to the bottom and broken my shovel trying to go even deeper.

I believe anything can be learned. I believe the entire world is a classroom. I believe the subjects that have personal relevance are the most enticing, intriguing, and fulfilling ones to study. This is why I blog.