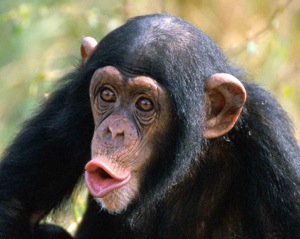 Unfortunately, it kind of is.

Why there is no single “best” diet

I’ve come to realize that there are two very different chronicles of human history out there (religious accounts notwithstanding). There’s science’s history, which says the Homo genus emerged about 2.5 million years ago and we spent millennia evolving, dispersing, fighting for survival, hunting, eating anything we could get our opposable thumbs on—and eventually adopting cooking as a widespread practice about 100,000 to 200,000 years ago.
But some people don’t seem to like that account. Especially the emphasis on the hunting and the cooking. So beyond our textbook history we have a different, prettier, underground version of the past: raw vegan history. Dun, dun, dun.
Raw vegan history goes something like this. Once upon a time, early humans lived in a gentle, beautiful, tropical paradise. We frolicked, we played, we loved, we laughed. And nature catered to our whims. We spent our sun-dappled days picking ripe fruit off of trees, living long, disease-free lives and dying quietly on beds of mango peels. We rarely had to kill other creatures for our own survival—not with all that luscious fruit around!—so we adapted to a mainly vegan diet. Then one day, someone started cooking and the whole world went to sh**. The end.
Okay, that’s an exaggeration; I’ve never heard anyone claim that verbatim. But creative embellishments aside, this account isn’t far off from some of the notions I hear time and time again in the raw food movement: that humans spent much of our past eating a completely vegan diet, never adapted to animal foods, and were disease-free until the advent of cooking.
If you’ve studied evolutionary history, that probably sounds dubious to you. But if you’re not a history buff and all you’re going on is raw food books or articles you’ve read online, maybe you simply trusted what you heard and some of the above sounds familiar. Without a doubt, there are some people who would rather believe a glossed-over version of history that supports raw veganism than face evidence to the contrary—and many of those people are the ones writing our most popular raw-food resources.
The truth is, humans had a rough go of it for the last two million years. We never had a raw vegan “golden age.” We live longer now than we ever did in the past. As a species, we developed our current gut morphology while eating paleolithic-era foods like vegetables, meat, fruit, nuts, seeds, and roots, as well as anything else we could dig from the ground, pluck from a tree, or stab with a spear. But the regions we occupied and the eras we endured never offered a stable mix of sustenance. From mostly-plant diets to mostly-meat ones, we developed the flexibility to survive on every single gradient within the hunter-gatherer spectrum.
Unlike species that developed specialized diets by staying in one place, our forte was flexibility: the ability to find something edible (or make something edible) wherever we happened to be. This is why you’ll never find one strictly defined diet that brings great health for everyone, and why there’s more than one diet out there with a track record of producing health (raw vegan, raw vegetarian, raw and cooked paleo, macrobiotics, alkaline, and so forth).
Bottom line: during the two million years we’ve been human (or human-ish), we’ve never eaten a single consistent diet. We’re not adapted to a perfect menu; we’re adapted to adaptability.
Of course, certain diets are more health-producing than others—whether or not you eat a raw cuisine. And even though we’ve survived on a gamut of food types during our past, humans did split from an ancestor that was a folio-frugivore, preferring leaves and fruit above other items. So that begs the question: how much did our digestive systems change since we started hunting and cooking our food? What foods let us thrive instead of simply survive?
I’m going to spend the next few posts looking at the elements of truly healthy diets, as well as examining some of these common claims to see if they really hold up to reality.